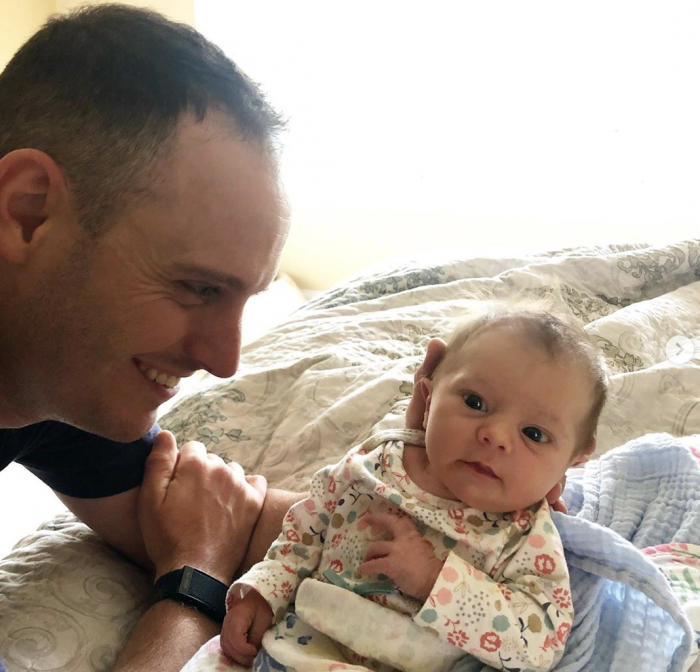 This week, she started smiling more (not intentionally yet, but I’m guessing that’s coming soon!), she decided she likes eating more (something we are VERY much celebrating — there’s been a lot less falling asleep during feeds!), she went to the doctor again for another weight check and had actually gained a little bit for the first time (which we are also celebrating — and it likely would have been more had she not had three poopy diapers right before they weighed her!), and had her first real outing (a social distanced cookout in our friends’ backyard).

I’m celebrating that my milk supply has increased (all the work and effort is paying off!), that the babies are more and more getting on the same routine and are so happy so much of the time, that my postpartum blues are fading and I’m feeling more myself, and that Jesse and I have figured out a good routine at night that is allowing us to both consistently get 6-8 hours of sleep (cumulatively). 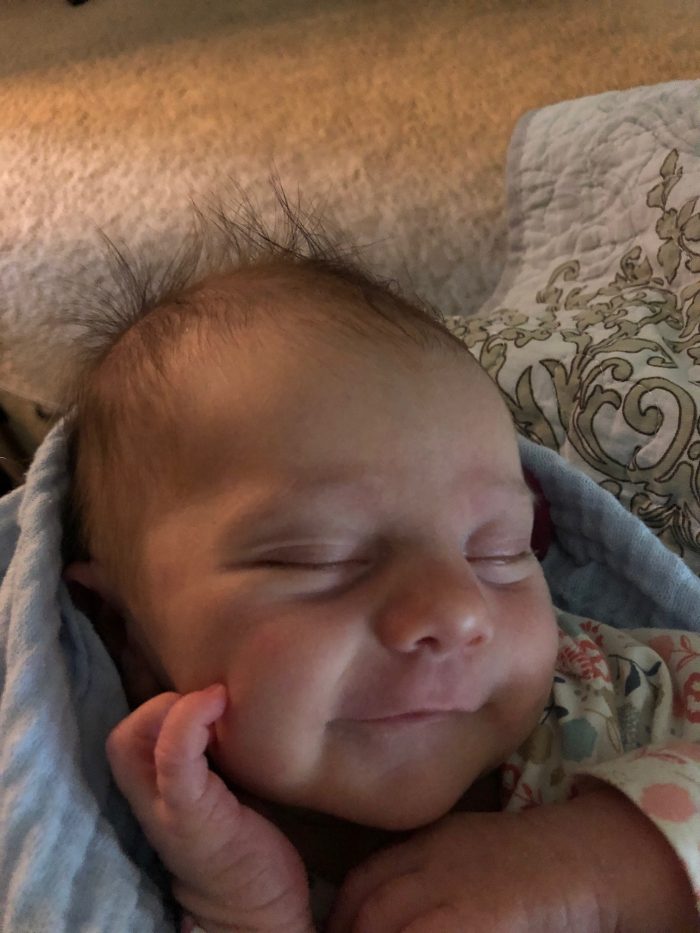 Her hair looks like this every morning! It cracks us up. We’ve never had a baby with this much hair as a newborn and her hair definitely has a mind of its own. 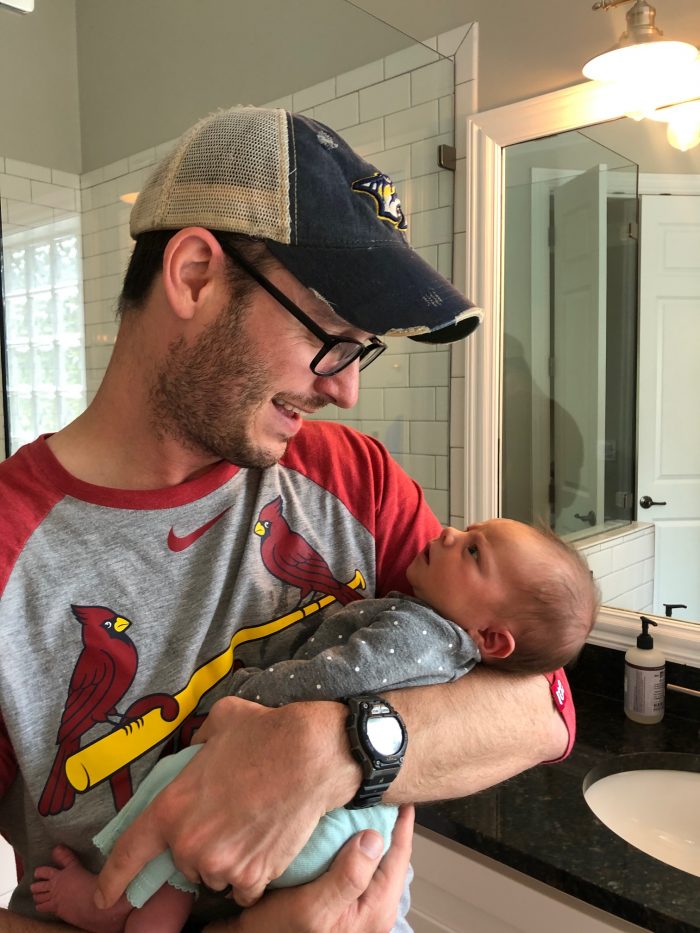 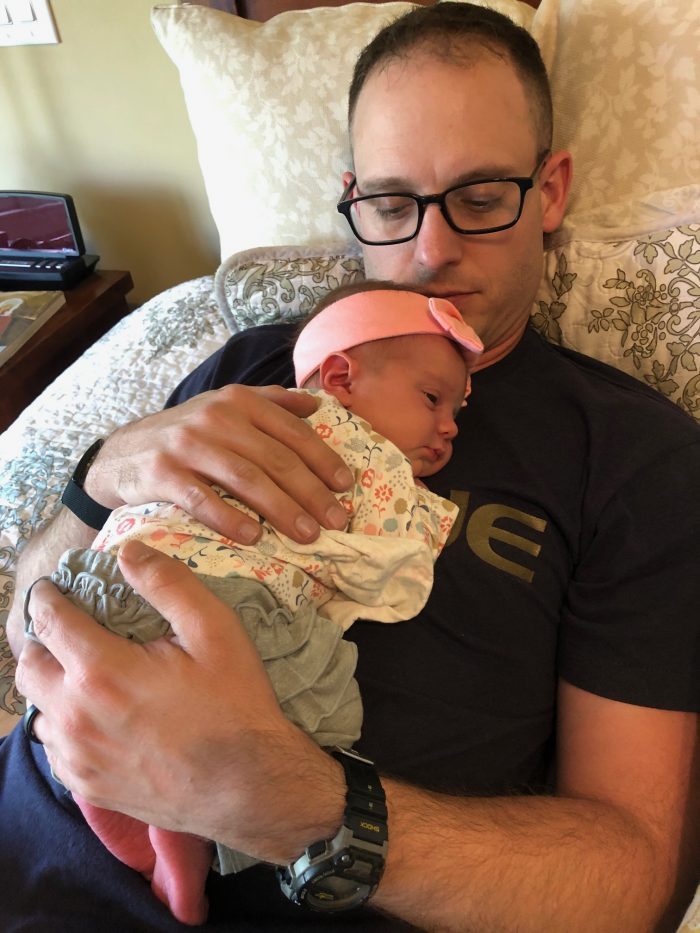 This is the season of unmade beds, unchecked off to do lists, and a master bedroom that usually has baby paraphernalia strewn all over it.

This is the season of spending most of my waking hours nursing, pumping, bottle feeding, calming crying babies, changing diapers, going to the doctor, on the phone or video chat with foster care related things.

This is the season for watching my older three sacrifice their time and routine to help out — to love on babies, to learn how to calm fussy newborns, to help with diapers and bottles, to clean and cook, to sit next to me and talk while we both feed a baby.

This is the season for falling in love even more with Jesse as he stays up until the wee hours of the morning with babies in order to let me get a good block of sleep in, as he gives medicine doses, makes bottles, calls the pediatrician or another specialist yet again, and as I see him sing to and speak love and life to these babies.

It’s not an easy season (but is there really such a thing? You all have your own hard things and struggles you’re dealing with, too!), but it’s a beautiful season and I wouldn’t trade it for the world. This is the season I’m in and I’m seeking to soak up and savor every moment and memory. 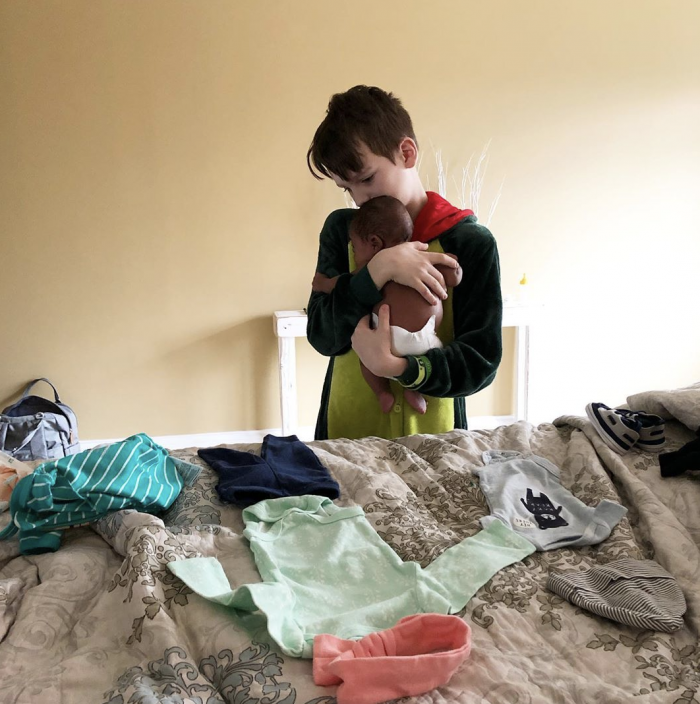 A few weeks ago, Silas offered to take care of Champ (the precious little baby boy we are fostering) so I could take a nap. This might not seem like a big deal, except it was mid-morning and I knew that he already had his day all mapped out.

You see, he’s one of those kids who always has a plan for his day and he doesn’t like to veer from that plan. He had already told me that morning what the rundown was for his self-imposed schedule and how he was hoping to get everything done by 1 pm.

And yet, here he was mid-morning, offering to hold Champ. I was thrilled to be able to sneak in a nap after not getting a lot of sleep the night before.

Silas sat next to me on the bed with Champ and just held him. As I was drifting off to sleep, I heard him tell Champ, “I had planned to do my school this morning, but sitting here with you holding you is so much more important.”

It was such a good reminder to me — who also is one to have my day all mapped out and to like to stick with the plan — to remember what’s most important. 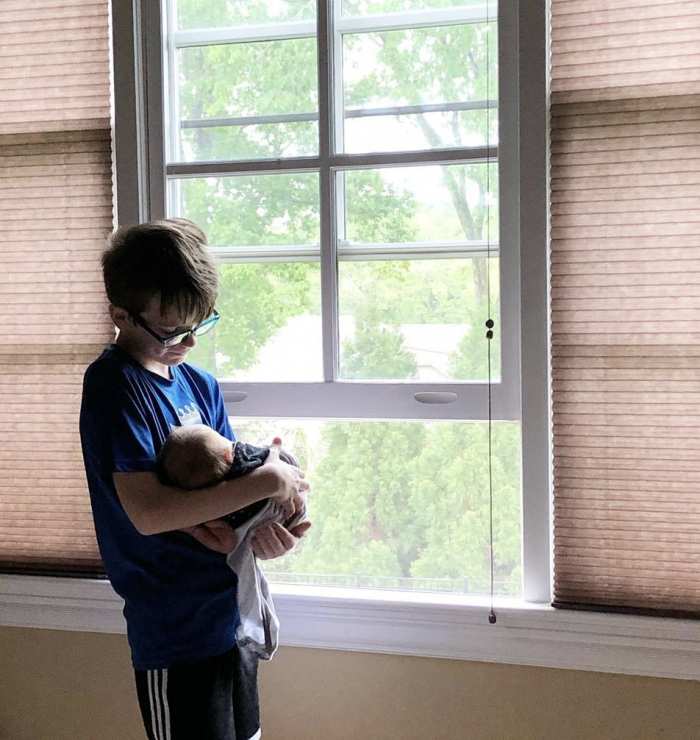 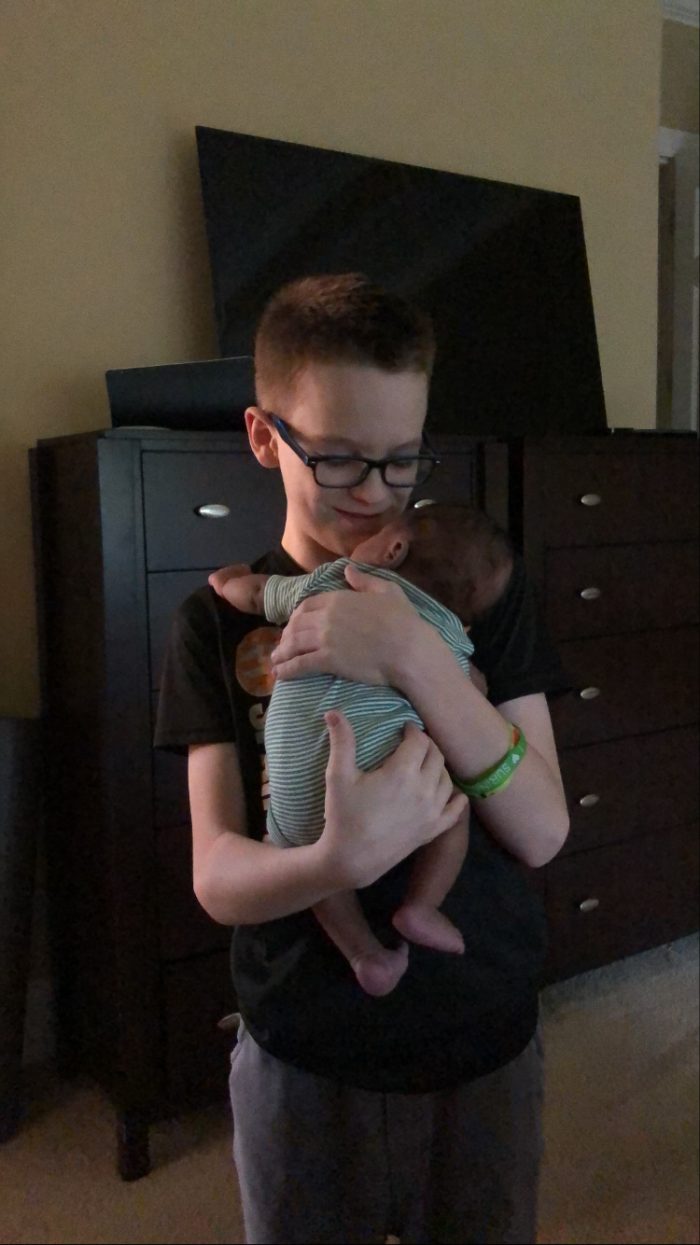 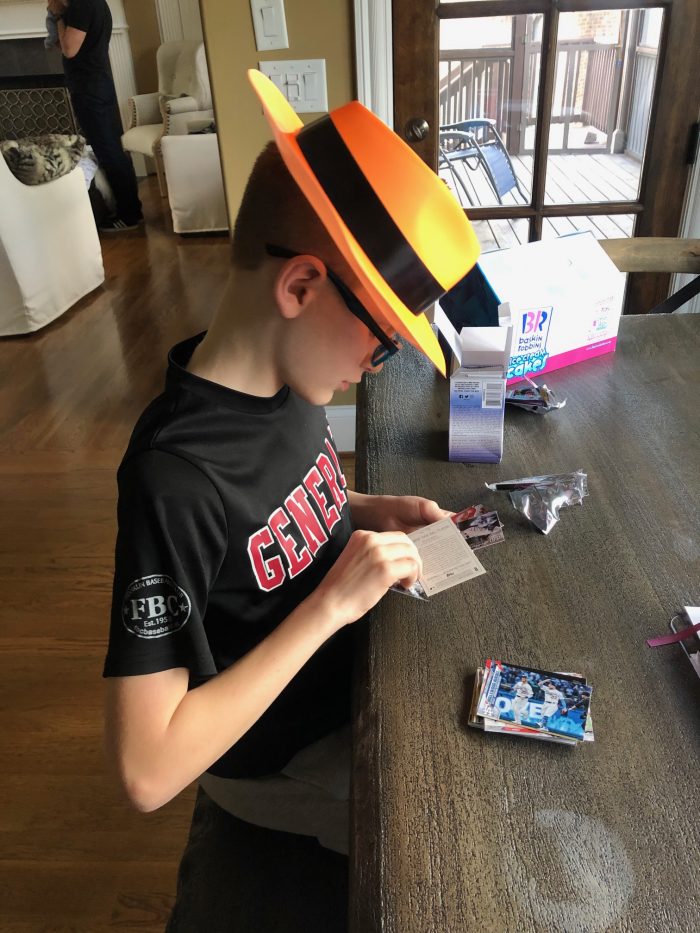 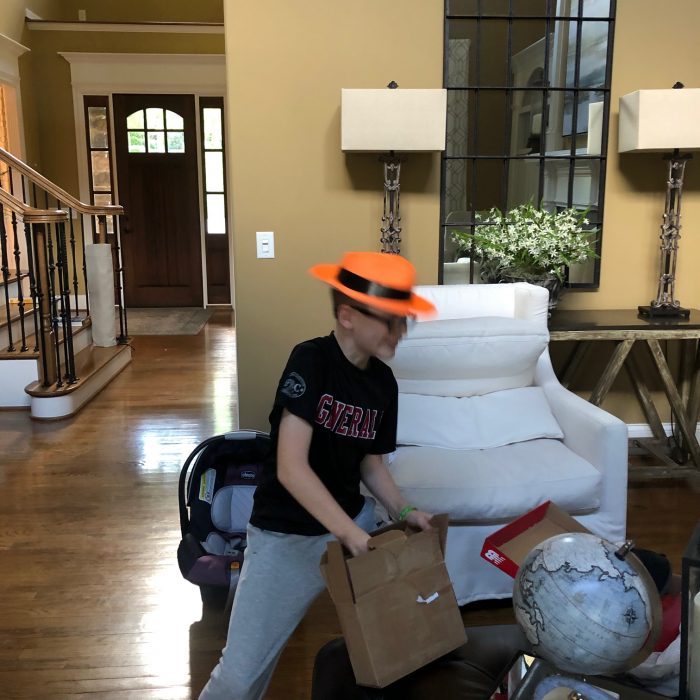 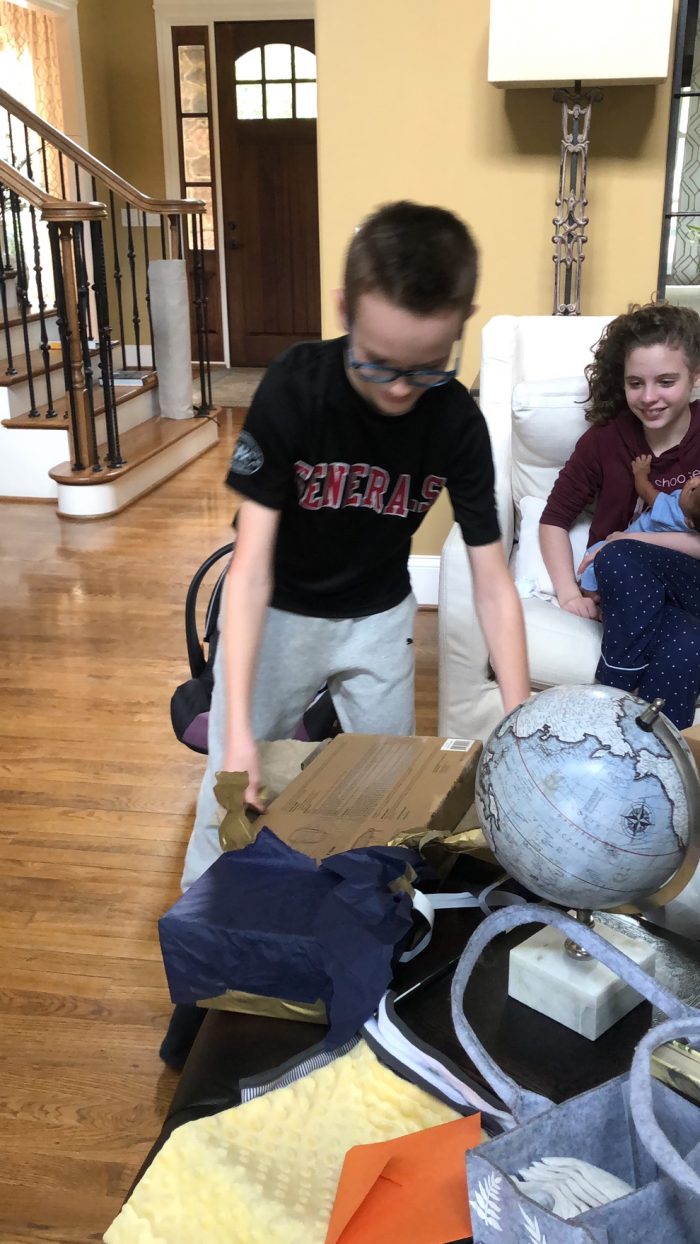 By the way, Silas turned 11 this week. And after being the baby of the family for all those years, with the addition of Kierstyn and Champ, he now has moved up to middle child status.

He has taken his role as big brother so seriously. Almost every morning, first thing, he comes down and helps me get the babies changed into their new outfits for the day. While he’s changing them, he will be gently talking with them and telling them how cute they are, how big they are getting, and just speaking so much life and love over them.

In addition, he has become a diaper-changing and bottle-feeding and baby snuggling pro. He’s even learning how to swaddle them!

Seeing his tender love for these babies and how well he helps care for them has been such a beautiful thing to witness. 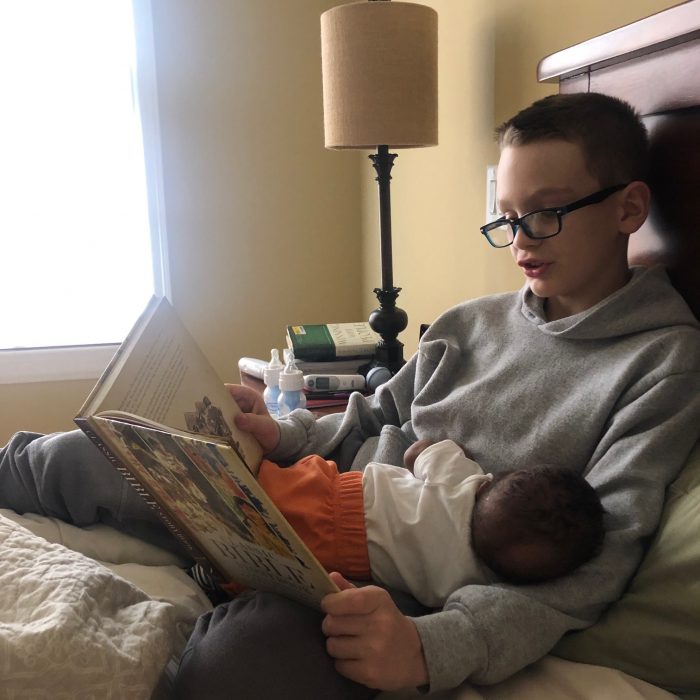 Silas and I have Bible Time with the babies every morning. We sing a hymn to them and then he reads them a Bible story. 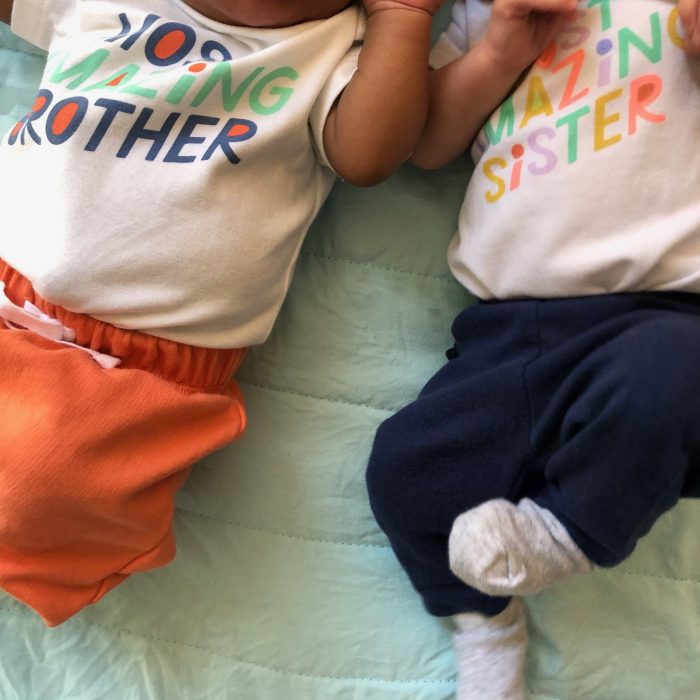 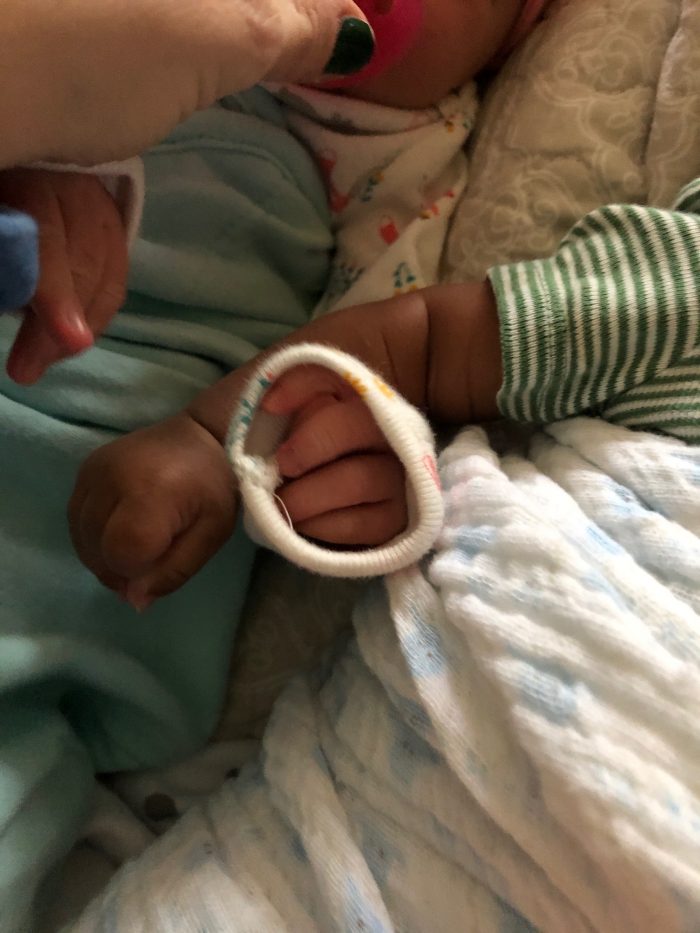 The babies love to lay next to one another and I will often look over and see that they have their arms intertwined. It melts my hear!